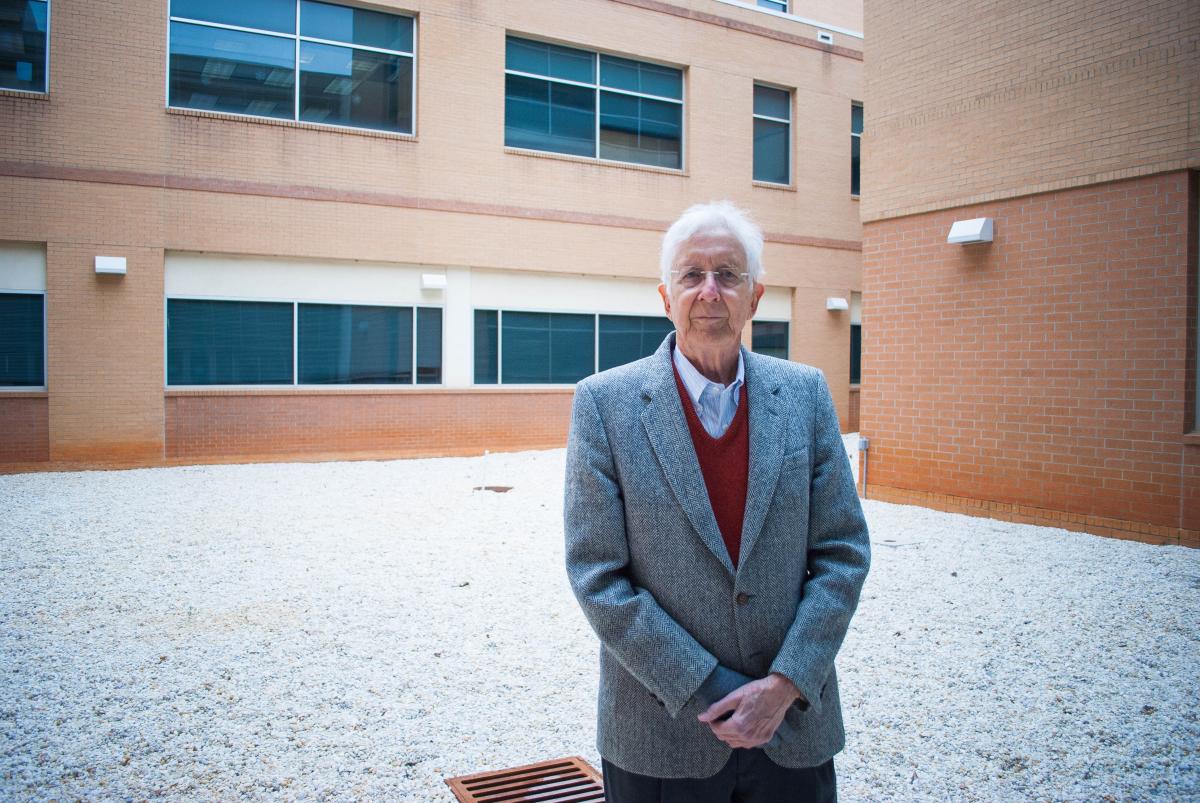 Joseph Cook, a retired professor from Florida and one of Kennesaw State’s newest supporters, has established scholarships in honor of two individuals who have impacted his life. Cook became involved with Kennesaw State over the past year and has already funded construction for a new outdoor classroom between the science and mathematics buildings, scheduled for completion this summer.

The Dr. Bruce Thomason Memorial Scholarship honors a man Cook describes as a great teacher and humanitarian, and was established to provide assistance to KSU students who receive support from the CARE (Campus Awareness Resource & Empowerment) Center. The KSU CARE Center offers support to students coping with homelessness or who are at-risk for homelessness; the program includes a donation-based collection program, job search assistance, emergency shelter services, and more.

Thomason was Cook’s first sociology professor as an undergraduate, inspiring him to minor in sociology. When Cook returned for his master’s degree, Thomason had become the chair of a new department for rehabilitation counseling, in which Cook earned his master’s under Thomason’s leadership, and later, his doctorate.

Cook speaks highly of Thomason’s teaching style, emphasizing how much it influenced his own.

“As much as I could emulate it, I could,” he stated. “He’s one of the nicest people you’d ever meet.”

Cook’s second scholarship initiative, the Ed Brooks Annual Scholarship, recognizes Cook’s friend, a retired Vice President from IBM who holds a degree in engineering. As a means of honoring their friendship and Brooks’ field of expertise, Cook established the scholarship to support students pursuing degrees in science or math who also serve as Supplemental Instructors at KSU. Supplemental Instruction (SI) targets traditionally challenging courses, primarily in the field of math and science, utilizing student instructors who serve as academic leaders, helping their peers develop the skills necessary to succeed in these difficult classes.

This program is especially relevant for Cook, who led educational leadership programs to train college and university instructors throughout his career. Cook became friends with Brooks in recent years after Cook moved back to Georgia, and describes him as “a very easygoing, friendly, warmhearted guy.”

Cook grew up in Braselton, Georgia, before launching his career as a professor and program initiator at several Florida universities. He returned to the Atlanta area after retiring and currently resides in Smyrna.