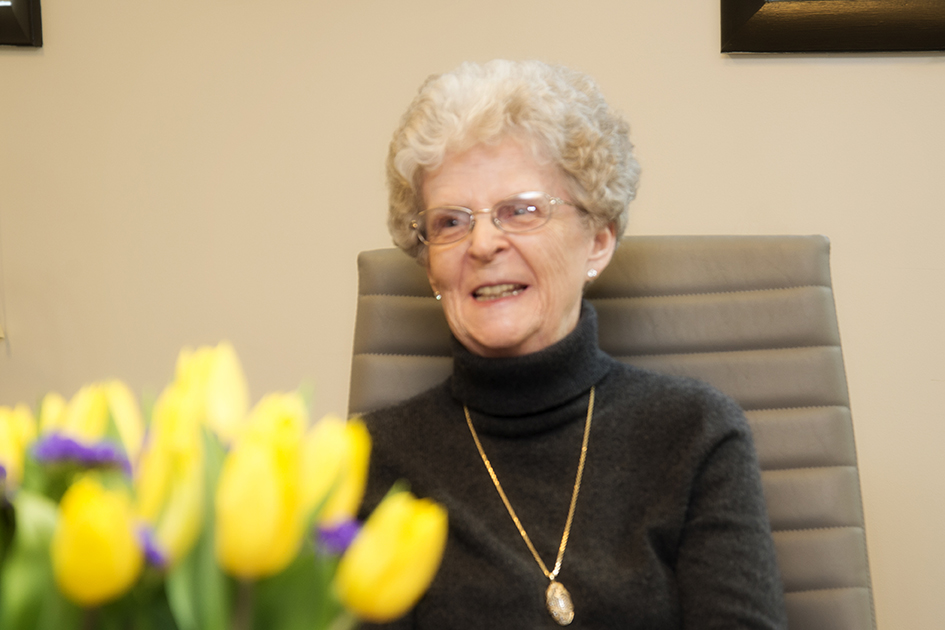 (May 22, 2017) Bob Prillaman, a trustee of the Kennesaw State University Foundation for more than 31 years, and his wife Lillias have established an endowed scholarship for deserving KSU students majoring in the visual arts through the College of the Arts.

The Lillias B. Prillaman Visual Arts Endowed Scholarship provides financial support to students pursuing a degree in the School of Art and Design. To be eligible for the scholarship, a Kennesaw State student must be enrolled full time and have a minimum cumulative grade-point average of 2.75, including at least a 3.0 in his/her major.

Bob Prillaman, a retired senior vice president for the recycling company Caraustar Industries Inc., and his wife are longtime community leaders and loyal supporters of KSU. Bob was presented with an honorary doctorate degree from Kennesaw State in May 2004 and served as a co-chair for the university’s first-ever comprehensive capital campaign that launched in October 2007. In August 2010, a new health sciences building was dedicated in honor of the Prillamans. Prillaman Hall on KSU’s Kennesaw campus houses the WellStar College of Health and Human Services and has made it possible for the university to significantly increase its number of nursing graduates.

“Nothing in my lifetime can compare to what I’ve seen at KSU,” Bob once said about Kennesaw State’s tremendous growth and progress.

Just recently in April, Bob was named the recipient of the WellStar Visionary Leadership Award by the WellStar Foundation. He has been a part of WellStar’s Cobb County Kennestone Hospital Authority board since 1986 and was a member of the founding WellStar Health System Board of Trustees, a group he later chaired. Bob has been influential in the growth of WellStar Health System, the largest health care organization in Georgia.

“I am honored to accept this award on behalf of all of those who give so much time and so much effort to creating a healthier community through WellStar Health System,” Bob said. “I am a proud contributor for over 40 years and am thankful for the opportunity to serve my community.”

The Prillamans have been married for more than 62 years. Lillias, an artist herself, has had a lifelong appreciation of art and artists, and attributes that love to her late grandmother and namesake, Lillias Bidwell. In the legacy statement for the new Prillaman scholarship, Lillias said, “To help a student touches my heart.”

The endowment was established with a gift of $25,000. A signing ceremony for the scholarship took place the morning of March 3 in the College of the Arts dean’s suite.