Feb. 22, 2016 – The Kennesaw State University Foundation Inc. has two new trustees in Judith Moen Stanley and Frank M. Howard. Moen Stanley and Howard were elected at the trustees’ 2015 annual meeting in October and officially have begun serving their five-year terms with the KSU Foundation. 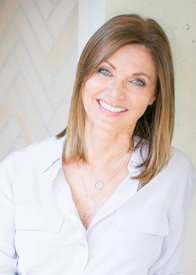 Moen Stanley is a former broadcast journalist who worked for television stations in Atlanta and Chicago, and also spent time at the Travel Channel. She started her career in Rockford, Illinois and Charleston, South Carolina before becoming a Good Day Atlanta reporter.

After 25 years in television, Moen Stanley decided to focus her energy on being an advocate for people with disabilities. Much of her interest in this cause was influenced by her own son Phillip Modesitt, a current Kennesaw State student with cerebral palsy. Moen Stanley, who graduated from an advocacy training program called Partners in Policymaking, is currently president of the board of All About Developmental Disabilities, a non-profit organization that works with individuals with developmental disabilities and their families to create options for meaningful lives. She also finds great joy in collecting stories that embrace the joy and power of those with disabilities through a blog called Everyone’s Included (www.everyonesincluded.com).

A Minnesota native, Moen Stanley attended Ridgewater College before earning her Bachelor of Arts in journalism at the University of Minnesota. She also received her Master of Science in journalism from Northwestern University.

Moen Stanley is married to Thomas B. Stanley III. Along with Phillip, who studies in the KSU Academy for Inclusive Learning and Social Growth, the couple have a daughter, Greta de Olano, a talented architect working in New York City.

“When our son chose to transfer to KSU, we were skeptical,” Moen Stanley said. “But he has flourished and is fully integrated into campus life, despite his disability. To me, this symbolizes how KSU is a university for the future.

“Our family had been involved with some of the leading universities in the nation — UVA, Duke, University of Minnesota, Northwestern and Yale. We discovered there is a much more positive ‘can do’ atmosphere and attitude at KSU than any other campus we have visited. Therefore, it is an honor and a privilege to become a trustee at an academic institution that turns challenges into exciting opportunities.” 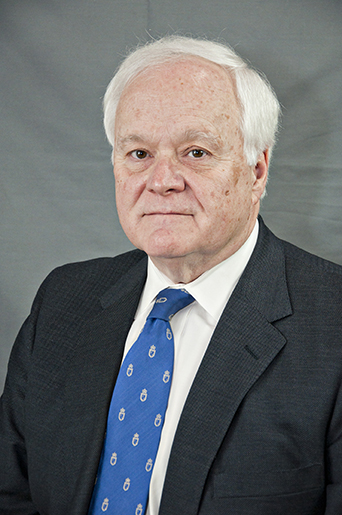 For more than 38 years, Howard has been in Atlanta with Genuine Parts Company, a service organization founded in 1928 that engages in the distribution of automotive replacement parts, industrial replacement parts, office products and electrical/electronic materials. Since 2004, he has served as the company’s senior vice president and treasurer. Additionally, Howard has been associated with Families First since 1991 and is presently acting as treasurer for the non-profit organization, which provides empowering solutions for Atlanta’s most vulnerable population by connecting, strengthening and sustaining families.

Prior to joining Genuine Parts Company, Howard was a cost analyst with General Electric, an auditor for SuperValu Inc. and held several positions with Standard Unit Parts Company.

Howard grew up in Bloomington, Illinois. He obtained his Bachelor of Business Administration in accounting at Illinois State University before becoming a certified public accountant through the University of Illinois.

Along with his wife Melodie, Howard has two children, Dianna Bicknell and Brian Howard, who both reside in metropolitan Atlanta. Bicknell works in the health insurance field while Brian Howard is involved in the banking industry.

“I would like to make a positive impact in the lives of students at KSU,” Howard said. “After reviewing the demographics of KSU students, seeing that most are the first generation of their family to attend college, I see myself 40-plus years ago and can identify with these students. If I can help them achieve their goals of getting a college education, this would be quite rewarding to me.”

The mission of the Kennesaw State Foundation is to serve as an advocate for the University, and to receive, invest, account for, and allocate private gifts and contributions in support of KSU. The Foundation is committed to enhancing higher education for faculty, staff and students and increasing the quality of life on the Kennesaw State campuses.